Elizabeth and Vanessa's birthdays sort of mark the beginning and ending of summer respectively. This August Vanessa turned 5 and started Kindergarten while Elizabeth started preschool. They're growing so quickly one can hardly believe it. 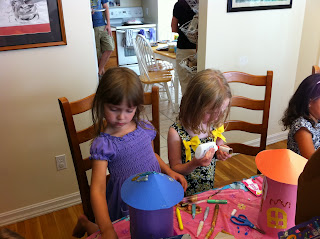 Vanessa's birthday party is always a good time. This time, Sarah had the idea for the kids at her party to create their own Rapunzel tower since V and E love the movie Tangled. 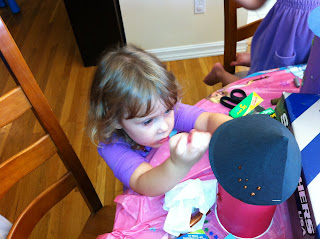 Elizabeth gets in on the tower action. 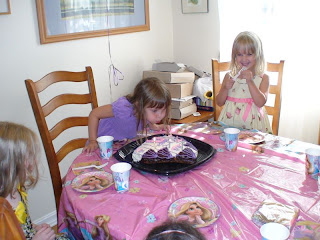 Of course what's a party without some cake? 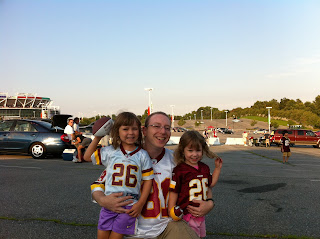 Right after Vanessa's birthday was the first preseason game of the year, so we took Elizabeth to her first game. 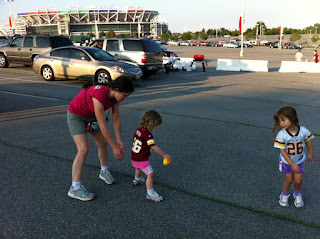 Elizabeth hikes the ball to Sarah as Vanessa goes out for a pass. 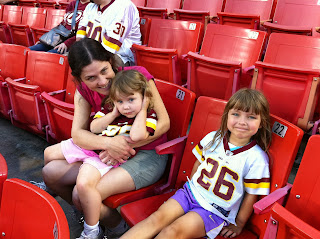 I made the mistake of mentioning to Elizabeth that there would be fireworks before kickoff. She proceeded to cover her ears for 20 minutes in anticipation. We lasted about a quarter and a half, which was about enough time to get some chicken fingers and ice cream. ;) 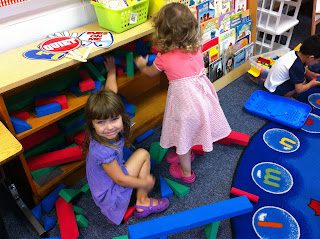 The start of fall means the start of school. Here the girls explore Vanessa's kindergarten class on back to school night. 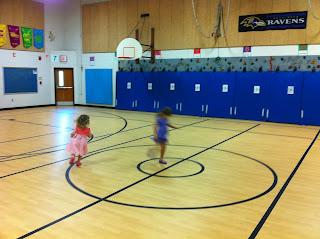 They really liked the open space in the gym for running. Vanessa also liked the idea of using that rock climbing wall at some point. 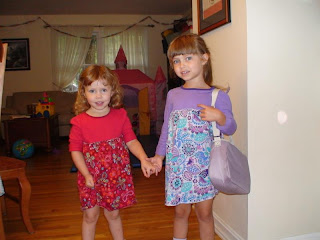 Here are both girls on their first day of school. 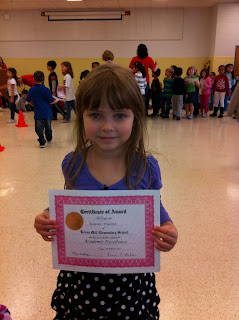 And of course Vanessa is a model student. 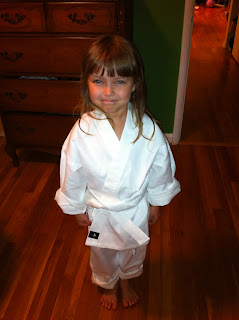 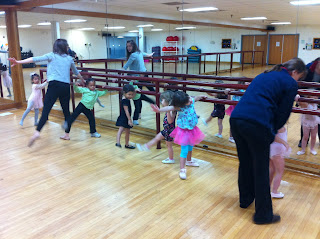 Elizabeth opted for dance class and shows off her beam work. 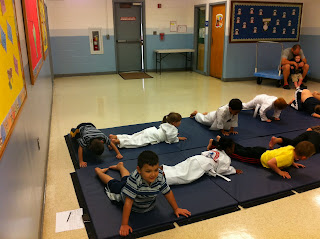 Vanessa gets to work doing push-ups. 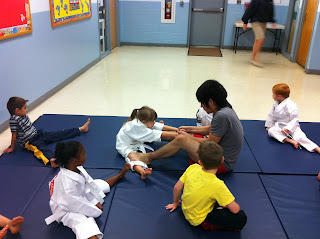 Time to stretch. If only Daddy could stretch that far. 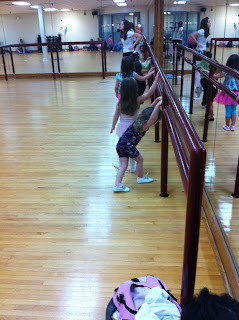 And finally, the end of summer marks the end of the harvest season. This year was a bumper year for squash. 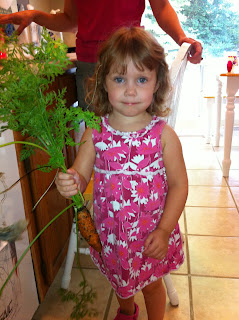 The girls loved picking carrots for their dinner. 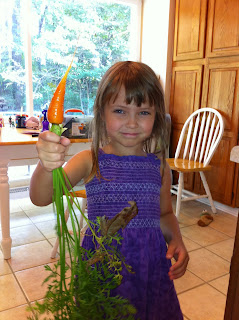 I'm not sure what we did differently this year with carrots, but they turned out much better than in years past. 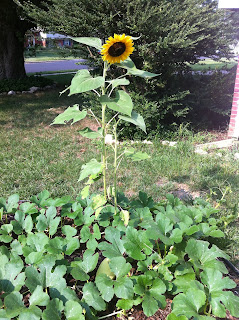 We even managed to grow a 6 foot tall sunflower. 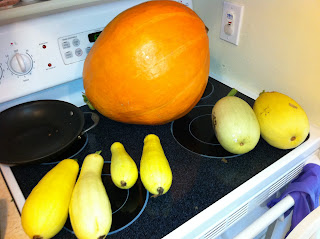 Lots of squash, including a huge pumpkin. We harvested the pumpkin a bit early in August as we were worried about the deer eating it while we were out of town at the beach. If we had let it grow another month it would have been enormous! 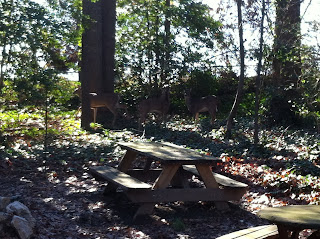 Here are the deer we had to worry about. Not all of them can be seen in this picture, but there were 6 of them in our backyard when I took this photo. I routinely had to chase away groups of 4-6 deer every couple of weeks. A tamborine was much more effective than my dog barking ability. 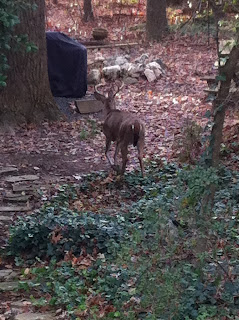 We even got a stag back there. With horns like that this one, I let it find its own way out of our yard.
Posted by James Maxted at 7:49 PM