In the spirit of Back to the Future (see the DeLorean at the end of these photos), we're going to jump around in time a bit.

We were trying to think of something to do one weekend in August and we decided to head to Baltimore. Of course, by the time we got there we learned that they were running an Indy car race through the city (the first Baltimore Grand Prix), and that traffic would be a mess. We managed to find parking on the southside and walked over to the science museum. 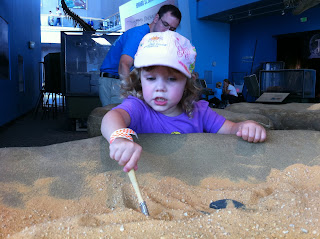 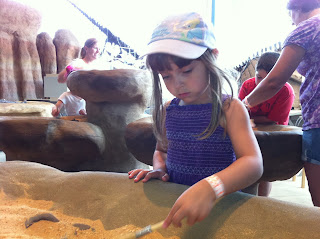 Vanessa wanted just a couple more minutes every time we told her it was time to move on to the next exhibit. 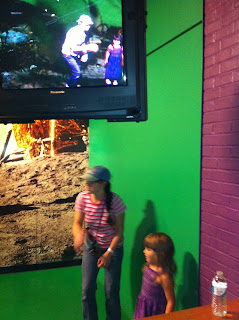 The girls really liked the green screen exhibit where they could see themselves on TV. 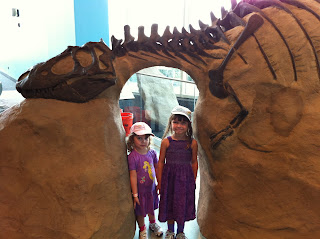 And of course, what are cooler than dinosaurs?

We were able to watch a little bit of the race. The girls were amazed of how fast they were going and how loud they were. I tried taking a picture with my iPhone, but I couldn't press the button in time before they car zipped around the corner. Maybe next year.

Skipping ahead to December, Sarah has started working part-time in IT. She worked a couple of days over Christmas break, so I took the girls to the Children's Museum in Richmond. 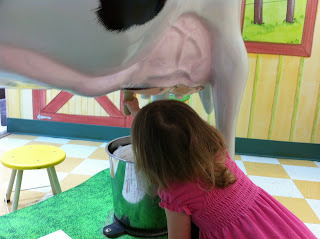 Here Elizabeth gets some practice working on the farm. 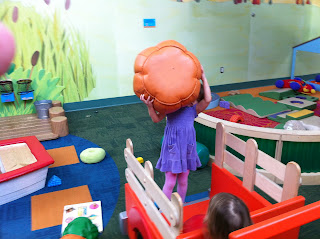 Vanessa gets a little practice on the farm too. 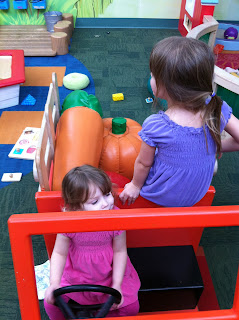 Truck is all loaded up, ready to go! 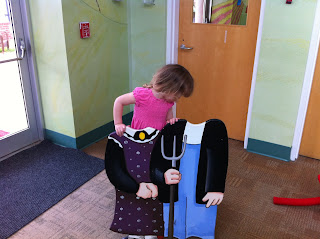 Hmm, where did the other half of this picture go? 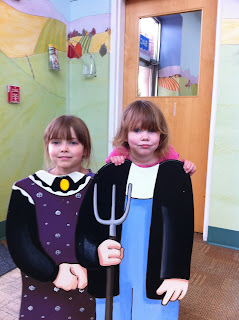 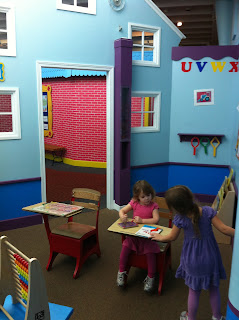 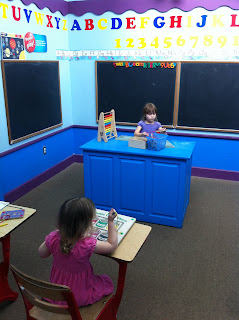 Vanessa takes over the classroom. 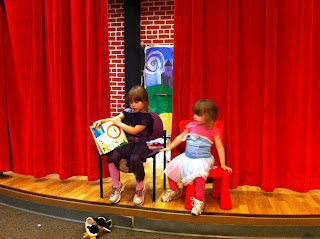 When school was out, it was time to put on a show. But before the show, we had to have an opening act of reading a story. 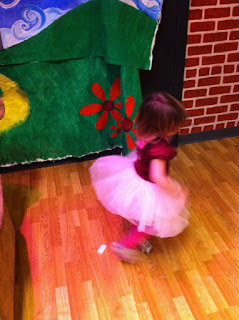 Elizabeth didn't like the first costume, so a change was in order. 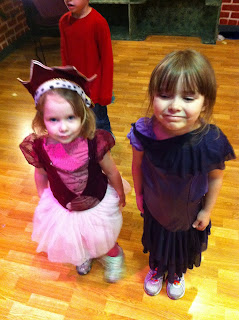 It was a pretty good show, even with the boys in the back trying to mess it up.

Now that we went forward in time for more kids fun, let's go back in time to October where Mommy and Daddy went to NYC again, this time with James' high school friend Dean. We went to the New York City Comic Book Convention and saw two shows, the Book of Mormon and Anything Goes. Not many people have wives who are willing to be dragged to an epicenter of geek culture, but Sarah was game. 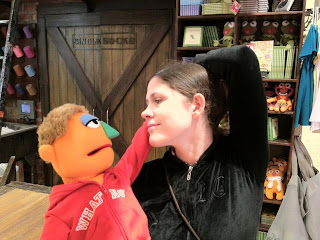 Of course, being in NYC meant that Sarah could play with Muppets at FAO Schwarz. This one was trying to make a move on my wife. Muppets, just can't trust them. 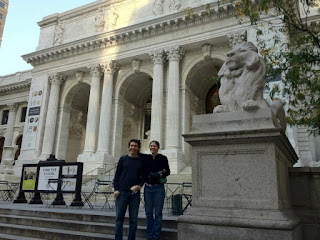 Walking around, we stopped in front of the New York Public Library, also used in the beginning of the movie Ghostbusters. 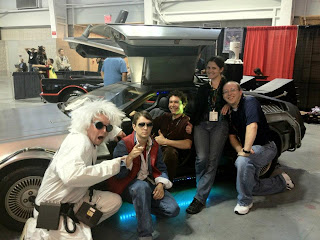 Ah, now we get to the real geekiness. NYCC was about as interesting people watching as one could get. Many people came in costume. Here, we got to pose in front of one the original DeLorean cars from Back to the Future with some well dressed extras. 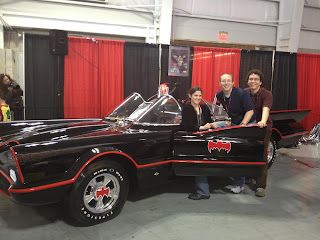 This is Batmobile from the old 1960s Batman. POW! 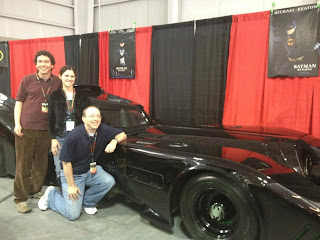 Here is the sleaker Batmobile used in Tim Burton's Batman from the 90s. 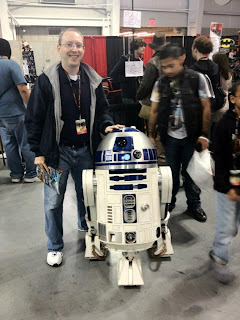 Of course, what is a comic book convention without Star Wars fanboys. Here is a working remote control replica of R2-D2 that someone built in a year in their free time. It moves, spins it head, lights up, and plays all kinds of sounds. Very very cool. 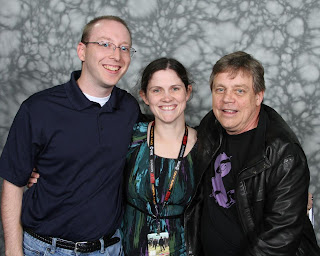 Of the course the coolest part for me was meeting Mark Hamill for about 30 seconds. For those who are failing pretty much any geek test out there, Mr. Hamill is best known for playing Luke Skywalker in the Star Wars movies and as the voice of the Joker in the Batman Animated Series of the 1990s.
Posted by James Maxted at 8:39 PM