In August we rented a beach house in the Outer Banks for the Maxted clan. Our trip ended a little earlier than we would have liked as we had to evacuate due to Hurricane Irene. We also felt the earthquake in Virginia all the way down there. Sarah was taking a nap and thought the girls were rocking her bed. I thought the wind was just blowing the house around a bit since it was on stilts. The girls were oblivious and the rest of the family was at the beach and didn't feel it. 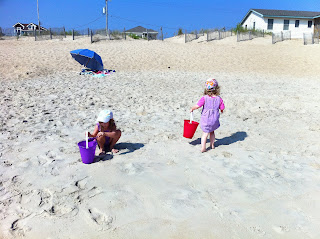 On the first day, the girls decided they were going to build a sand castle. 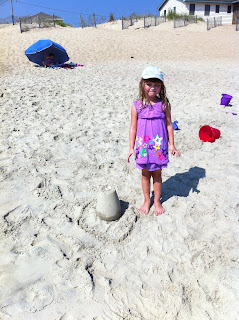 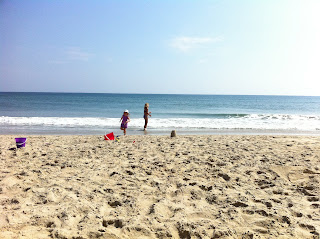 Vanessa wasn't so sure about those waves though. 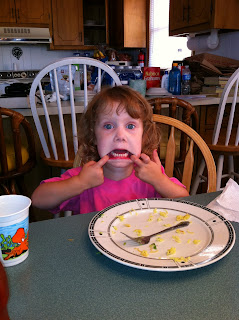 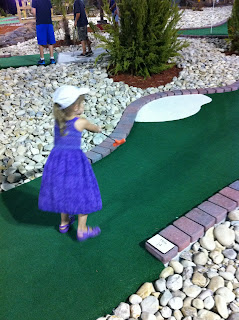 We decided to go play mini-golf at the beach. Here's Vanessa in action. 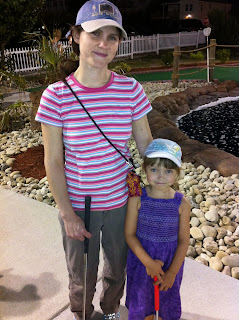 Vanessa and Sarah posing during mini-golf. 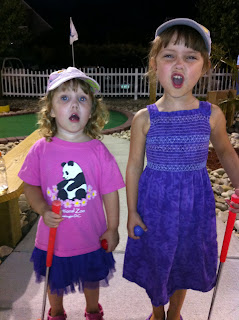 The two sisters at play. 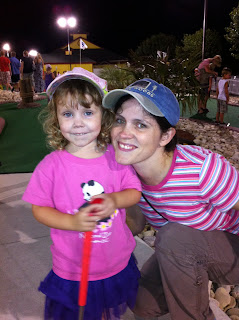 Elizabeth and Sarah take a little break for a pic. 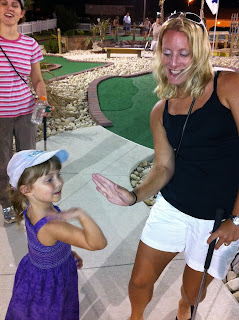 Vanessa gives her Aunt Kalena a high five after a good shot. 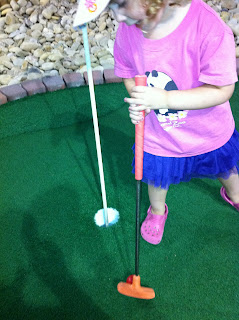 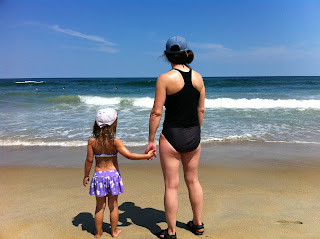 This time Vanessa has Sarah for backup. 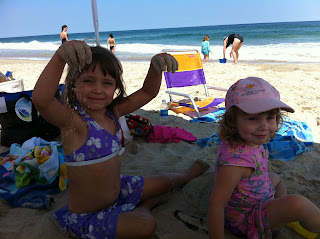 Vanessa and Elizabeth chill in the shade. 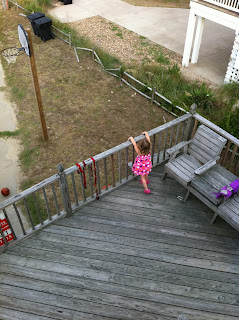 Elizabeth decided she was going to try to make a basket from the upper deck of the house. Really she was just throwing the ball off the ledge. 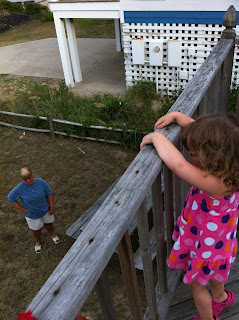 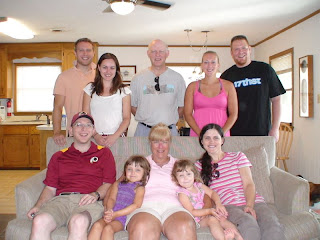 Here's the whole Maxted clan the night before we had to evacuate.

We ended up getting off the Outer Banks without a problem and got home in time to watch Hurricane Irene sweep through our neighborhood. Amazingly we didn't lose power. 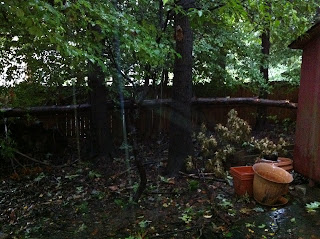 This tree was knocked down during Hurricane Irene and managed to fall right in between the fence and the shed and not really break anything. 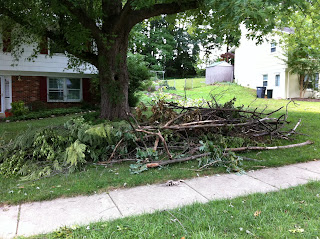 This was the pile of debris that fell in our backyard during Hurricane Irene. I moved it to the front for the trash company to take away.
Posted by James Maxted at 11:15 PM