I have two posts to get through before Christmas... let's see if I can do it! 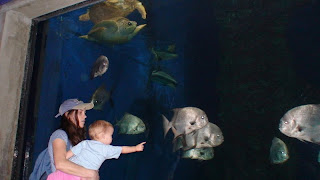 We saw turtles, sharks, and fish. Many of them about as big or bigger than Elizabeth! 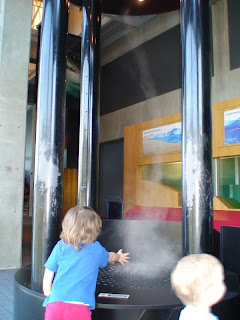 Last time we saw one of these steam tornado demonstrations (possibly actually a waterspout demo), Vanessa refused to touch it and Elizabeth was the one who was interested in it. Funny how things change for no apparent reason. 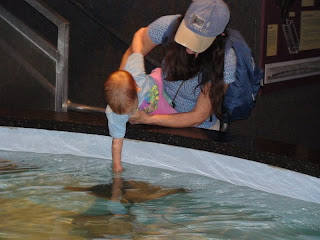 Elizabeth was feeling brave enough to try to touch a ray. 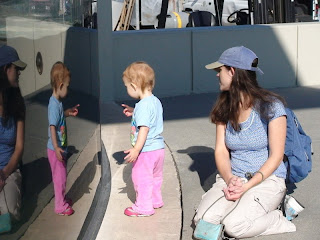 Both girls loved the seal exhibit outside the aquarium. I think I could watch seals for hours, myself! 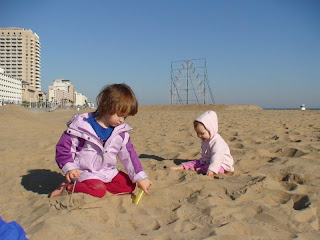 Later on the beach, the girls spent some time digging in the sand and making sand castles (really sand piles with bits of sticks in them). 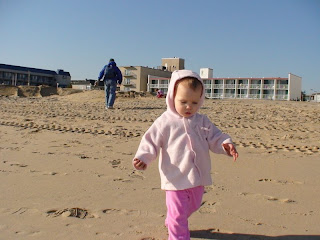 Not sure why Daddy and Elizabeth were headed in opposite directions in this picture. Looks like they're running from each other! Actually, probably James is headed to check on Vanessa and Elizabeth is running to find me, I imagine. 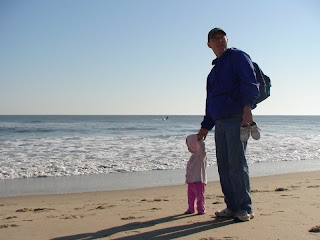 Now Elizabeth and Daddy are holding hands. We saw a surfer accompanied by a speedboat. I think Elizabeth may have been watching them in this picture. 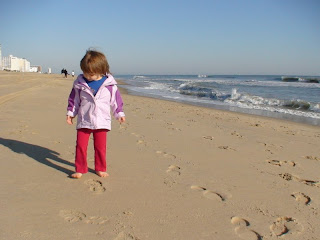 I just like the composition in this picture. I think this may have been just before or after I convinced Vanessa to touch the icy water with her toes. 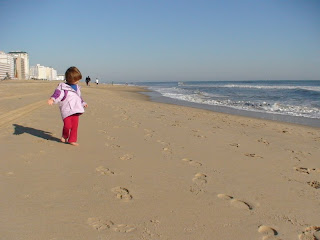 There's something very peaceful about this picture, I think. 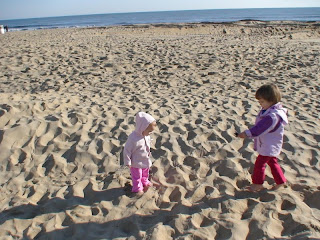 Vanessa is showing Elizabeth a shark or ray egg case that we found.


OK, now on to the wedding pictures from the previous day: 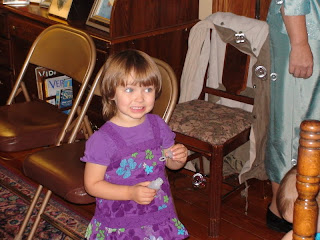 Bubbles. In some young hearts, the best part about weddings. By the way, Vanessa plays "getting married" quite often now (mostly involving finding some kind of bouquet). So apparently she really enjoyed Mollie's! 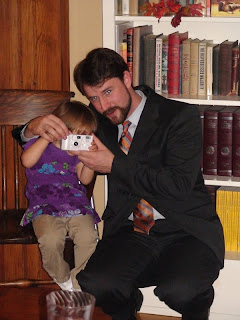 Uncle Zak helps Vanessa take some pictures with the cameras that Mollie and Fred distributed for the purpose of filling out their photo album. I bet they had no idea that some of their pictures would be taken by a toddler... 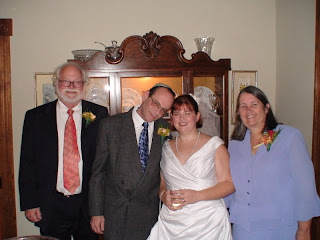 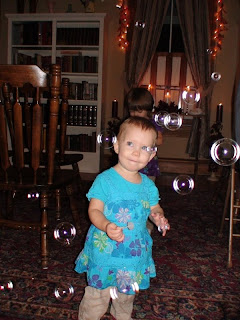 Have I mentioned the joy of bubbles? Yay! 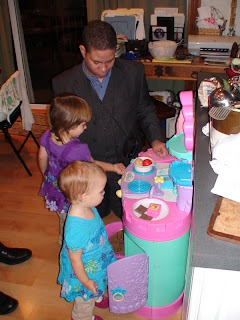 Thank you Uncle Terry for watching my girls! There were times during the reception when someone would ask, "Where's Vanessa?" or "Where's Elizabeth" and I would have absolutely no idea. Thank goodness Terry had things under control! 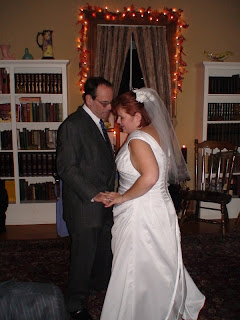 I thought I'd end with a picture of the happy couple dancing. What a beautiful bride!