So we're very behind on updating the blog. Hopefully we'll get caught up this week. 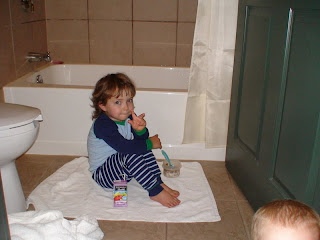 As Vanessa will tell you any chance she gets, she is now three. Technically this picture here is from our trip to Michigan. We asked her on the morning of the 31st before we flew back how old she was. 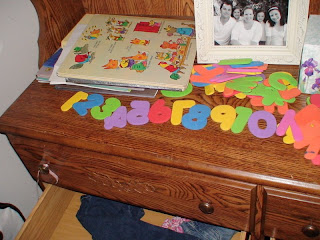 Vanessa is obsessed with sequences and order. Here she has arranged her numbers in the right order more or less. 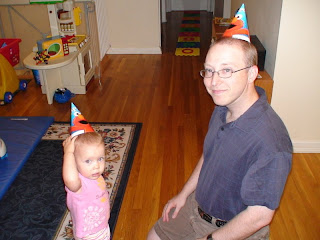 Vanessa insisted that for her part that we wear hats. Elizabeth loved this part. 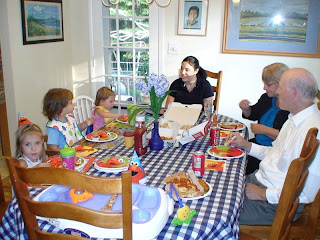 We had a small get together for her birthday. We had been in Michigan for the previous 5 days, so luckily our guests were willing to overlook any small messes. Here Vanessa hangs out with her friends Abigail, Isabelle, and Nickie as well as Nana and Grandpa. 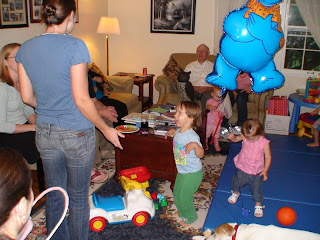 Aunt Joanna and Vanessa do a little dance. Not sure which one, but it sure looks funny. 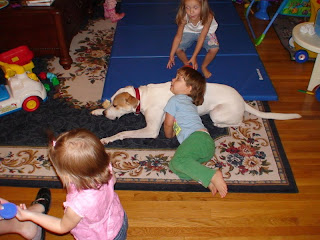 Johnny and Liz brought one of Vanessa's favorite things in the world over, Riley! You think they get along alright? 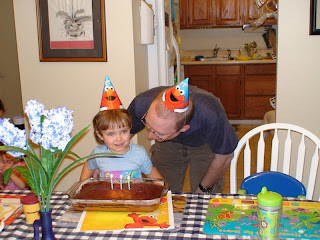 Vanessa was very excited to get a cake with candles. 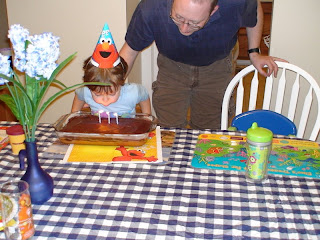 What you don't see here is that she wanted Daddy to help and he was no help in trying to blow out the candles the first time. Even Daddy's get older I guess. 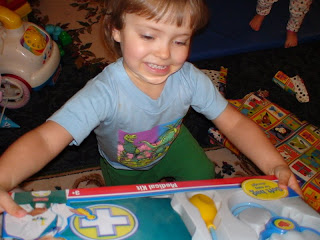 It wouldn't be a party without presents. Vanessa was very excited to get her own doctor kit. 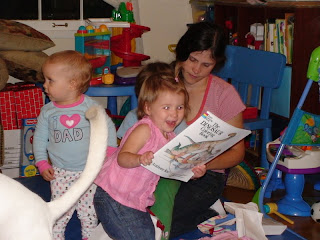 Isabelle and Elizabeth were excited to help Vanessa open presents. Riley helped too. 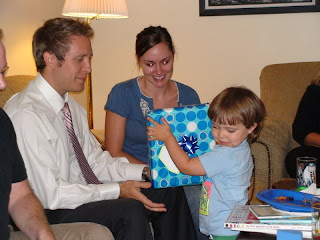 Brian and Joanna made it too. We're so glad that they're up in the area now and we'll get to see them more often. They left Kyra at home this time as they figured it'd be too much of a party with both Kyra and Riley. 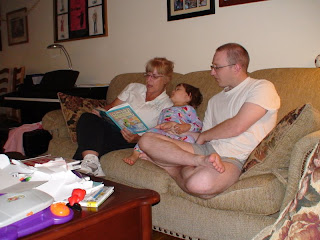 After a busy weekend of travel and a fun birthday party, Vanessa settles in for story time with Nana and Daddy. 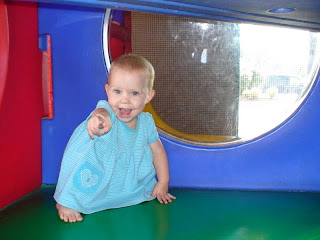 Okay, fast forward a week. In an attempt to give Sarah some time to do school work, I took the girls out for a day trip to the Renaissance Festival in Maryland. Of course, we had to stop at Chick-fil-a. Elizabeth loved the bubble dome. 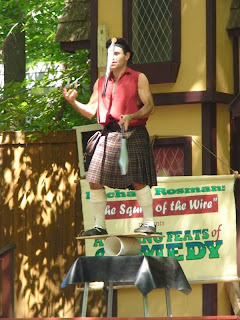 One of my favorite acts from last year was here once again. Michael Rosman is a comedian/juggler/acrobat. You definitely need to see his show if you're around. Hysterical. 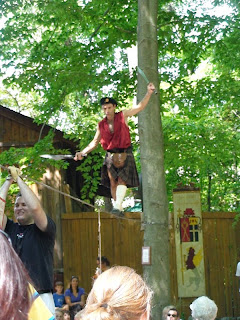 The girls were entranced by his act. One of the few shows at the festival they were willing to sit through. 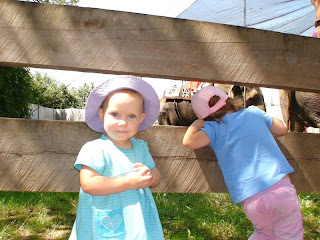 I think they were most excited about seeing the elephants and the ponies. Being an army of one, I figured trying to hold two girls on an elephant just isn't a good idea. But I suspect next time we go I'm going to have to pony up for the elephant ride. And get in line for the free pony rides. 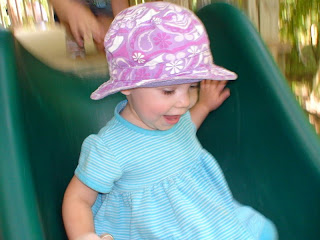 Elizabeth loved going down the slide in the play area. She's at the age where she wants to be just like her big sister. I also realized here that watching two girls on a crowded playground in the middle of a festival and trying to take pictures just doesn't work all that well. 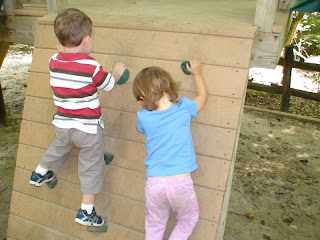 As a three year old, Vanessa enjoys showing off any skills that a three year old can do that a two year old shouldn't. She keeps this up and we'll give her a go on the rock climbing wall with the bungee cords. 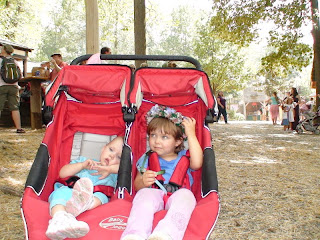 Vanessa also wanted a floral "mane" like the other girls. She calls it a mane because that's what we called her headdress when she was a flower girl. 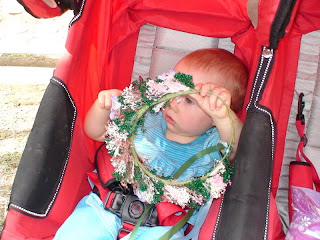 Of course, what Vanessa does, Elizabeth wants to do better. 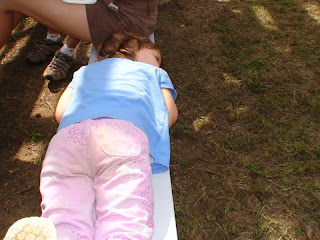 We tried watching a sword fighting show, but Vanessa had other ideas. I decided this was "the sign" that we should leave. I think they had a good time though. 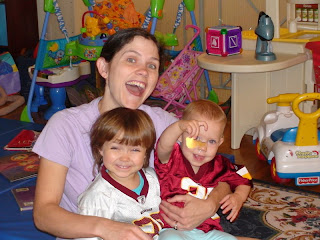 Finally, here's my wonderful family sporting some excellent colors. Well, except the oldest one, but at least that's a W&M t-shirt.
Posted by James Maxted at 9:14 PM